HomeblogUncategorizedMeet the new boss, same as the old boss?

Meet the new boss, same as the old boss? 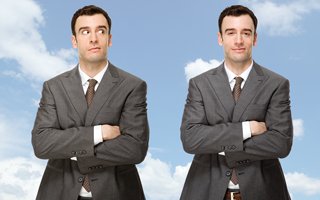 It’s time for contract renewal, the bid documents are being published, final selection is going to be made and on May 8th there will be a new dawn with the winner (or winners) taking over for the next 5 years. One bid team will be celebrating, the others will be back to doing whatever it is they do in between elections. And at that point the 100,000 civil servants carrying out the governments wishes will change their metaphorical t-shirts (it isn’t bowler hats any more is it?) and start delivering in a new way.

Or so the theory goes if you have even a cursory glance at the manifestos. But will anything really change or is it the same old, same old for 90% of them, with only a few having to change anything about the way they work. And at the end of the contract period how many of the promised improvements will have been delivered? Or will it just be a scaled back service delivered at a lower cost?

The gleaming future promised by bid teams can often dissipate like the promise of a new government mired down in dubious wars, expenses scandals and internal wrangling about student loans, but it doesn’t have to be like that. A well-structured, well-planned mobilisation can set a contract renewal on a firm footing that sees real change delivered which can be beneficial to the company winning the bid, the end users and the staff employed on it. There are, however, a number of key issues that have to be addressed throughout the bid period and into the early weeks of the contract for this to happen.

The bid, mobilisation and operation teams need to be aligned and work in partnership – the knowledge gathered throughout the bid process of the client’s values and objectives can underpin the solution and delivery model put in place by the other teams. The detailed knowledge of what has been bid is often lost in the scramble to mobilise, with the consequence that Operations are still picking up the pieces months later.

In addition, to a robust mobilisation strategy operational forecasts and plans should be developed using whatever information can be gleaned from the client/past experience:

Often, for example, there is a focus on getting client reporting in place because that is contractually required, but less of an emphasis on getting ready for internal performance reporting that actually allows the business to be managed effectively.

All this preparation then needs to be put into practice. It is not enough to simply hand out the new uniform and change the logo on the pay slips; a full transformation programme is required to embed the new way of working, demonstrate the benefits to all parties and get the support required to truly transform the way the business operates.

Until recently consultancies have typically been brought in to help put right failing contracts mid-term. Recently, however, there has been a recognition that getting things right in those crucial first 100 days of a new contract is a more valuable solution all round.