HomeblogUncategorizedTo plan or not to plan – that is the question

To plan or not to plan – that is the question 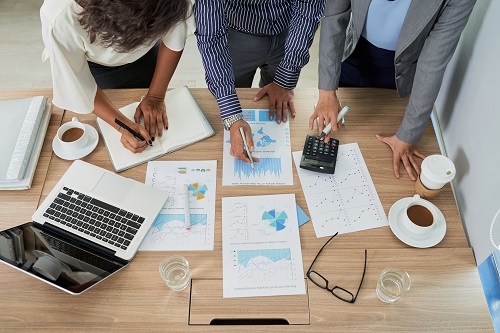 We operate in many organisations around the world and spend considerable time working with managers in creating robust plans which they can manage their teams against. Planning is often seen as being too difficult with too many variables which, in their eyes, mean that it is not worth the effort and, in any case, because of the lack of any plan for today, they are too busy reacting to events to plan for tomorrow. Breaking them out of this vicious cycle can be a challenge but one which, once successful, can give them the space to manage more effectively.

An effective plan is key to ensuring a successful outcome. No matter how charismatic or tough a leader is, it is certain that without a plan things will not be a success.

Wherever you look in the news at the moment there is a huge emphasis on ‘the plan’. The commemoration of D-Day has spawned pages and pages about the planning that went into the big day. From the 1943 Trident Conference to D-Day itself, multiple plans were created and refined until by the start of June 1944 the objectives were fully defined and the resources were in place, with over 1.5 million American troops in the South of England. Intricate plans ensured that men and materials arrived at ports at exactly the right time to ensure a constant flow across the channel. Whilst the day did not follow the plan exactly, the very fact that the planning had happened in such detail allowed variances to be identified and actions taken to get things back on track.

Likewise, in the news recently we have Donald Tusk saying that there is a “special place in hell” for “those who promoted Brexit without even a sketch of a plan of how to carry it out safely”. There is no doubt that without a plan there are people pulling in different directions, a lack of clarity on what should be achieved and how success will be measured.

And finally, without wanting to remind my Tottenham supporting colleagues of recent results, their manager Pochettino makes it clear that he needs a view on what is going to happen by saying “I am not open to start a new chapter with no plan, with no clear idea….”

At all levels, from the enormity of D-Day to the day-to-day world of football, there is a recognition that planning is key – it is our jobs as consultants to coach less experienced managers and ensure that their plans deliver the right results.